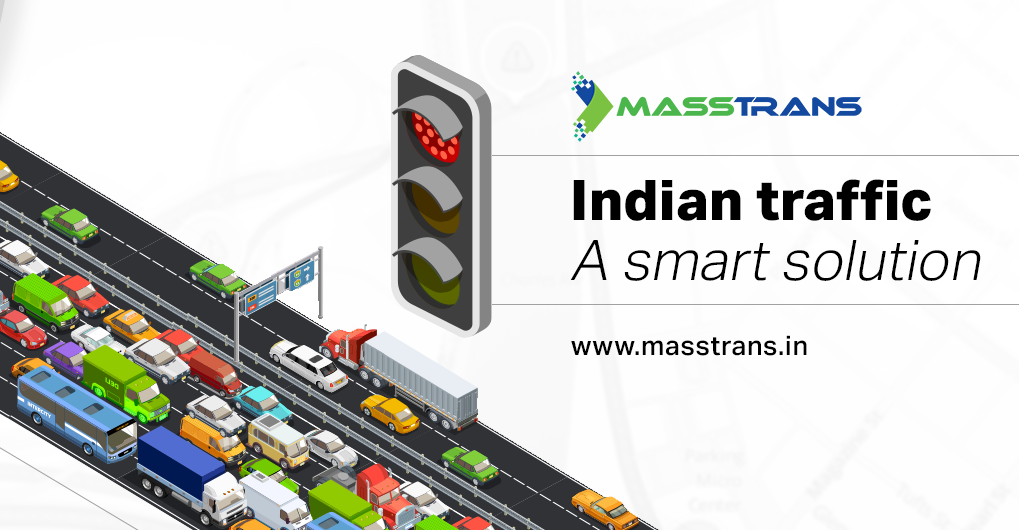 Indian metro cities are growing faster with people from the rural areas pouring in, and the existing ones multiplying. The population has outgrown current amenities and resources. Houses are smaller, water is polluted, the trash is over-flowing and the roads are inadequate to accommodate all the vehicles.
Among all the problems in Indian modern cities, traffic remains the most urgent issue we need to address. It is estimated that average time a commuter spends on a weekday to travel is 91 minutes in Indian metro cities, according to Dalia Research conducted in 2017. As per the same review, we have reached among the top 5 countries with the longest traffic time. Congestion degenerates economy by making trips longer. The environment is at great risk as the pollution from vehicles has increased ten fold; what it impacts the greatest is human health and lifestyle. The Indian population has surpassed the existing infrastructure rendering it scarce for modern India.

A large number of private vehicles are adding to the existing congestion problem. A flood of new models are slated to enter India over the next five years, intensifying competition in the country’s $30 billion auto market, which is expected to rank behind only China and the U.S. in sales by 2020, as stated in the Economic Times in 2017. Maruti Suzuki India Ltd., the nation’s biggest car maker, says it aims to double the portion of sales from auto-gear vehicles by 2020. Many other car and truck companies are investing in the Indian market, which has the potential to grow. Some measures are being taken to tackle the traffic problem but the solutions are short. Projects like share cabs from India’s leading cab service have helped a little in the huge traffic problem.

The correct way to approach the problem is by automation. Smart products take better care of a puzzle that is too time consuming for the human brain. Thousands of probabilities and experiences and data is pilled up and loaded to the software. It analyzes and takes quick decisions to solve the problems. This shall save a huge amount of time and resources. It will contribute to less pollution and might slow down health effects on the urban population. The need for staff will be eliminated thus bringing fast and accurate results. Barcelona, for example, has installed adaptive traffic lights to steer the traffic in the right direction. It has solved the traffic problems to great extents! Copenhagen’s integrative public transport model helps avoid traffic; it automatically regulates the flow. This way the traffic is diverted to alternative roads and the problem of congestion is resolved.

Traffic lights have operated on the same algorithm since decades, they can be automated with software that can help in decision making. Number plates of vehicles can be tracked to know how many vehicles have passed a particular junction, and for keeping a record. Automatic signs need to show up on roads with local information about traffic conditions. All these working in sync are going to ease traffic at once and provide you with better travel experience.

Masstrans provides all the solutions that are required to control traffic. The adaptive traffic control system adjusts to changing traffic conditions. With automatic number plate recognition and red light violation detection, roads can be made safe from people violating rules. These are placed at road junctions and major squares. Variable message display on pole is designed to display weather conditions, its forecast and traffic conditions. It supports various other types of messages as well. Speed control signs put breaks on vehicles that over-speed unnecessarily. This can bring down mishaps on roads and keep traffic in order.

The catastrophe of traffic congestion is huge and may get out of control soon, but can be handled better with smart products that ease the whole process. Indian infrastructure will benefit from advanced solutions.