Intelligent Transportation System (ITS) in India

When it comes to surface transportation, roads are the core piece of infrastructure, supporting the movement of people and logistics by interconnecting cities, villages, towns, airports, and states. A well-planned and efficiently managed transportation system can bring a revolution in a country’s economic growth.

It can form a foundation for a country’s social and economic growth and development. While this road infrastructure development and improvement bring economic growth, the increased population and traffic volume are causing problems such as environmental deterioration due to gas emissions, traffic congestion, and road accidents at a greater scale now.  All these factors together are the root cause of environmental deterioration.

Road safety is a major concern in India as in the number of road accident deaths across the 199 countries reported in the World Road Statistics, 2018 followed by China and the US. In 2019, India is reported to have 63,093 deaths in 2,12,846 road accidents which ranked second after China. These statistics show that we have a much greater scope for development and growth in road safety and transportation systems.

The Intelligent Transportation system (ITS) in India combines new transportation and traffic management system which use sensing, positioning, mapping, communication, and networks in an integrated manner, thus connecting people, vehicles, and roads. The Intelligent Transportation System (ITS) applications aim to solve the problems at three main levels: society, road administration, and vehicle drivers. The applications would decrease the number of accident cases by communication methods and smart devices at a societal level.

Traffic congestion would be minimized by providing to commuters, thus reducing environmental impact.  For road administration, frequently congested areas and roadblocks could be easily predicted and identified by probe information collected from vehicles, enabling the roads to be managed efficiently and effectively at a lower cost.

Drivers and commuters can enjoy economic advantages such as shorter travel time, increased safety, reduced tolls, use of the route information, and other benefits like non-stop toll payment and parking-fee payment without wasting much time. Ultimately, it will increase the overall happiness and well-being of all commuters.

Current transportation system and its shortfalls 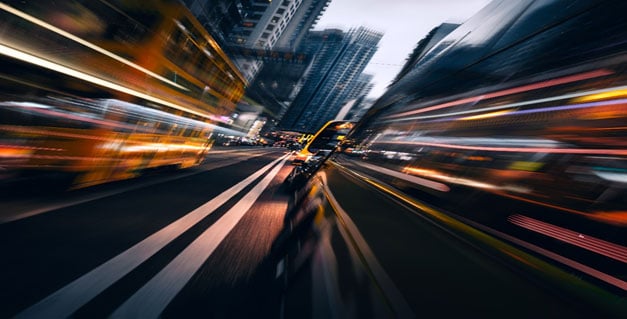 With no smart solutions implemented, the current transportation system results in traffic congestion and delays. Keeping traffic moving, is a big problem in all major cities across the country and worldwide. With the ever-increasing population, the burden on the traffic police and the existing traffic control system is increasing every day.

There are inadequate public transportation facilities that may run behind the schedule, causing inconvenience to the public. There is a shortage of manpower to efficiently run the daily operations. Inadequacy of public transport finally results in increased air and noise pollution due to increase in the of vehicles.Parking problems are usually seen at acute levels in urban areas at peak times.

People in general, may not cooperate for any new changes in the traffic system. There is the absence of effective monitoring and enforcement of traffic rules as the manpower is not enough to manage the overgrowing traffic in most areas in our country. High accident rates are seen due to varying speeds of vehicles and a lack of discipline among road users.

What is Intelligent Transportation System (ITS)? 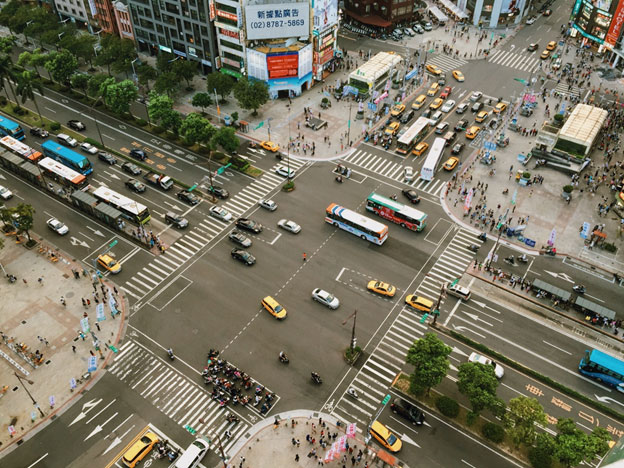 Problems like high traffic congestion, ineffective utilization of available infrastructure and resources, low safety, and bad air quality can be solved with ITS.  It can help in achieving a smooth and safe travelling experience on roads.

))The fundamental components of ITS are communication technologies used between road infrastructure and vehicles. ITS comprises a broad range of wireless and wireline communication-based information-driven various devices and data analytics.

Benefits of Intelligent Transportation System (ITS) Technology in public transport 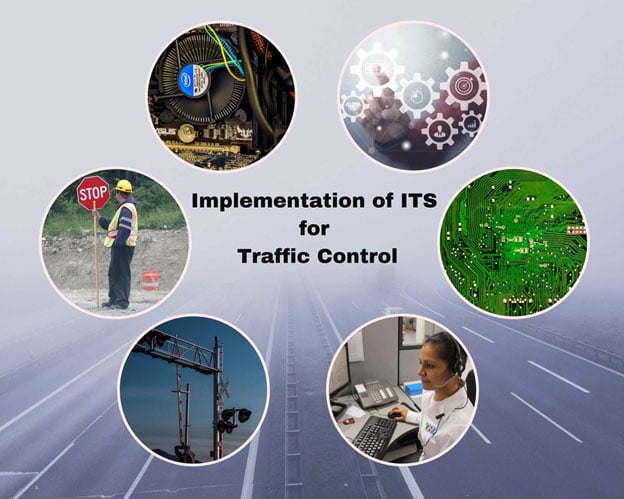 HTMS is a specially equipped highway lane where the vehicles are automatically driven by the system itself and not by the drivers! The system helps to keep the vehicles in the same lane. HTMS lanes and vehicles which operate on them, have special sensors, computers, and communication devices to permit automated control.

It’s a technology that increases the efficiency and safety of the public transport system. The main aim here is to provide detailed information to the public to aid in effective decision-making and increase travel convenience.

The traffic signals and traffic lanes are dynamically managed and updated, to optimize the traffic flow and reduce the number of road fatalities and accidents.

It will use vehicle detection sensors to allow upstream and downstream communication at intersections and analyze the traffic flow and adjust signals improving the traffic flow.

This system helps to optimize the transportation planning process in which data is shared directly with travelers enabling them to make better choices and decisions. This results in safer journeys, well-coordinated and smarter use of transportation networks.

IMS enables authorities to detect and respond to vehicle crashes or breakdown incidences with the most appropriate, timely emergency services, thereby minimizing recovery time. IMS provides the data related to a particular “incident”.

Resultant impact analysis is done through an algorithm. The result of this data crunching is conveyed to road users through VMS.

The current trend is to convey such messages directly to vehicles through V2X links or mobile phones vis V2I links. They offer real-time information about traffic conditions through variable message signs to warn of accidents and other delays because of upcoming hazards.

The new inventions in technology will allow us to connect vehicles and communicate with each other on roads, resulting in an overall reduction in crash scenarios by more than 80%.

Autonomous vehicle driving is a future possibility too, which will further improve road safety and reduce the no. of crash scenarios. This is very close to being implemented and at a mature stage.

The only thing stopping this implementation is legal issues related to enforcement and insurance settlements.

The traffic sensors and cameras are installed on all roads where monitoring and traffic control are needed. The sensors can detect the speed of every vehicle on road and warn the drivers immediately if it is beyond the set speed limit and cameras can record and send the video transmission to the traffic control system.

The primary function of Video data is to provide visual information regarding congestion and/or incidents graphically presented by a sensor. With the advancement in technology, this information is also used to measure speed and work like sensors!

ETC is a system that enables drivers to pay tolls without having to stop at a toll booth. The collection of fees is performed electronically with the help of equipment installed in the vehicle and sensors at the toll location which is part of vehicle-to-roadside communication technology.

A system is proposed to be implemented, based on image processing algorithms and IoT technology coupled with smartphones wherein, we can detect the drowsiness or fatigue of a driver using smartphone and send warning signals.

It will also deal with collision detection and provide emergency medical assistance. This will help to reduce the number of accidents because of sleep deprivation and tiredness.

Using this system, the drivers are provided with real-time updates on traffic conditions and other related information like congestion areas, jams, roadblocks, pollution levels, etc. The information is shared via FM band or through road maps to all drivers.

Role of IoT in Transportation

What is IoT (Internet of Things)?

IoT (Internet of things) is a system of interconnected devices like digital machines, mechanical and computing devices, people, or even animals that are provided with Unique Identifiers (UIDs) and the ability to transfer data over a network without any kind of interaction. These devices or living beings denote the ‘thing’ in the Internet of Things where each one is assigned an Internet Protocol (IP) address.

An IoT system is an integration of four main types of components, namely smart devices with sensors, connectivity, data processing on cloud, and user interface.

Some Pros and Cons of IoT

First, here are a few Advantages of IoT:

Some Disadvantages of IoT are: